On May 27th, 2021, the Washington State LGBTQ Commission hosted a panel conversation with people of Asian and Pacific Islander descent to hear their experiences as LGBTQ people. You can watch the video of the discussion here.

Additionally, the Commission has issued the following statement of solidarity with our Asian and Pacific Islander American communities: 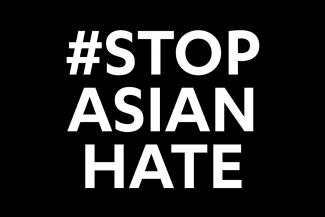 Anti-Asian and anti-Pacific Islander racism has been a recurring theme in United States history, as it is evidenced by the forced invasion and colonization of Pacific Island nations starting in the late 19th Century, the Chinese Exclusion Act of 1882, the Page Act of 1875 that banned Chinese women in specific from entering the USA, and the removal and internment of Japanese Americans in the 1940s. In our own state of Washington, the AAPI community has experienced hatred and discrimination as evidenced by the anti-Chinese riots of 1885 in Issaquah, Seattle, and Tacoma, the imposition of quotas to Filipino immigrants in the 1930s, the forced removal of Japanese American families from thriving communities in Vashon and Bainbridge islands among other locations throughout the state, and the establishment of a Japanese American internment camp in Puyallup. The recent violence against people of Asian and Pacific Islander descent in Seattle, Tacoma, and other communities in our state is a reminder that these anti-Asian and anti-Pacific Islander sentiments are not just historical events.